SKU#: WCBE
Skip to the end of the images gallery
Skip to the beginning of the images gallery
SKU#: WCBE
COUNTRY: DOMINICAN REPUBLIC
WRAPPER: ECUADOR
WRAPPER: ECUADOR
BINDER: MEXICO
FILLER: DOMINICAN REPUBLIC, NICARAGUA
STRENGTH: MEDIUM TO FULL
COLOR: NATURAL
COLOR: NATURAL
LENGTH: 4 1/2
LENGTH: 4 1/2
RING SIZE: 46
RING SIZE: 46
Add to Wish List Add to Compare
Details
Recently receiving an outstanding 90-rating from Cigar Aficionado magazine in the August 2015 issue!
In early 2015, Davidoff Cigars rolled out a complete makeover of the Winston Churchill cigar brand, now reintroduced as a new extention of the Davidoff White Label. The new Winston Churchill cigars have been rebuilt from the ground up with a new logo and a brand new blend. The new blend sports an Ecuadorian Rojiza wrapper and a Mexican San Andrés binder, along with five filler leaves:  piloto seco and a hybrid olor/piloto seco from the Dominican Republic, piloto mejorado seco, and seco from Condega and Estelí in Nicaragua. Nicaraguan filler tobaccos are grown in the mineral rich volcanic soils of Condega and Estelí, adding spiciness and depth of character to the cigar. The black Mexican Binder is grown in the volcanic San Andrés region found in the southeastern part of the country near the Gulf of Mexico. All this tobacco spends a minimum of 4 years in processing before entering to the production phase to craft the cigars. The tobacco leaves were carefully selected one by one to best deliver the complexity of character of the Davidoff Winston Churchill blend. An additional aging time was given to the cigar to deliver to an exceptional blend that pays tribute to Sir Winston Churchill. Davidoff’s master blenders spent a lot of time selecting the best wrapper leaf for Winston Churchill. Eventually they chose this beautiful Ecuador Rojiza wrapper, which adds complexity and creaminess to the overall experience. The overall result is very aromatic cigar, complex, yet, very balanced with with creamy oak flavors combining mocha coffee and cocoa, that are different than other Davidoff cigars. The peppery, leathery and roasted notes are unique to the Davidoff Winston Churchill cigars.Davidoff of Geneva created a new, exceptional cigar as uniquely diverse as the man who is behind the inspiration. Davidoff's Masterblenders blended the new Winston Churchill cigars of a complex character with a rich mixture of fine qualities drawing on and harmonizing the tobaccos of Nicaragua, Mexico, Ecuador and the Dominican Republic. Like it's namesake great Man’s persona, the trait of character, was the inspiration for the chosen formats.The Davidoff Winston Churchill cigar is offered in four different sizes packed in boxes of 20:  Churchill,  namd The Aristocrat (6 7/8 x 47), Toro, named The Commander (6 x 54), Robusto, named The Statesman (5 1/4 x 52) and Petit corona named The Artist (4 1/2 x 41).
Reviews 5
Write Your Own Review
Questions
Ask a Question 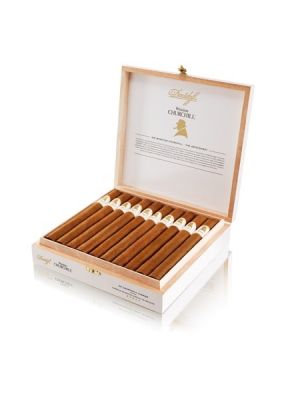 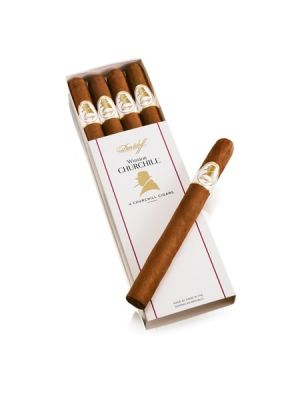 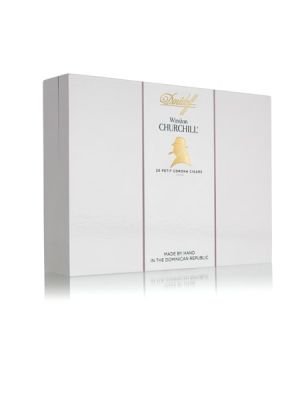 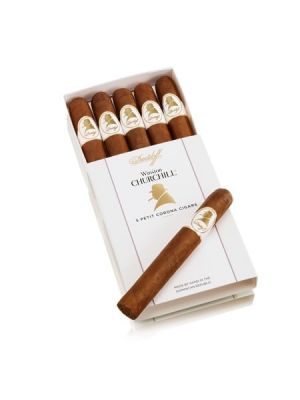 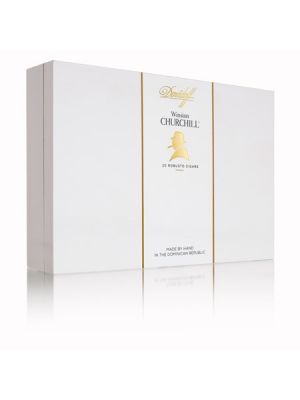 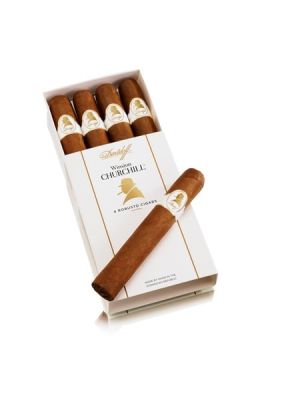 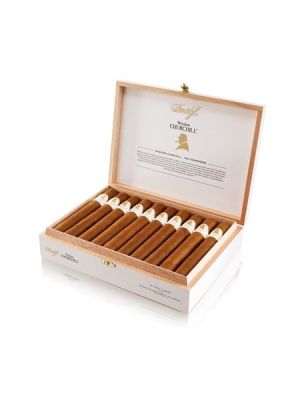 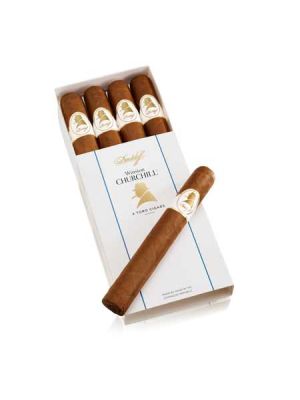 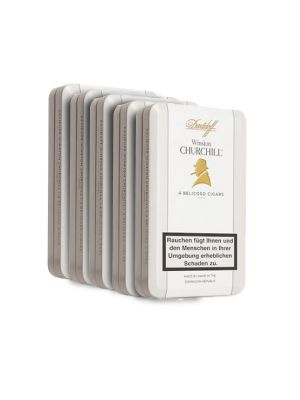 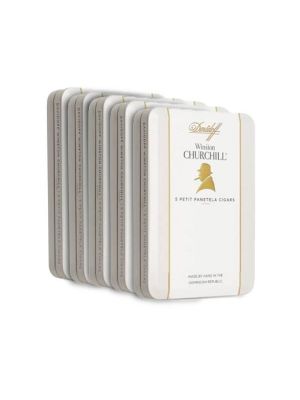