SKU#: EPI64C
Skip to the end of the images gallery
Skip to the beginning of the images gallery
SKU#: EPI64C
COUNTRY: DOMINICAN REPUBLIC
WRAPPER: CONNECTICUT, ECUADOR
WRAPPER: CONNECTICUT, ECUADOR
BINDER: NICARAGUA
FILLER: DOMINICAN REPUBLIC, NICARAGUA
STRENGTH: MEDIUM TO FULL
COLOR: COLORADO
COLOR: COLORADO
LENGTH: 6 1/8
LENGTH: 6 1/8
RING SIZE: 64
RING SIZE: 64
Add to Wish List Add to Compare
Details
When I was young I used to love the Led Zeppelin group, especially their immortal song Whole Lotta Love at the time I thought I knew what...When I was young I used to love the Led Zeppelin group, especially their immortal song Whole Lotta Love at the time I thought I knew what they mean, but it took 40 years for me to learn that there are more things to life than… As the song goes, we’re all asking EP Carrillo to give us every inch of their love – and they do! Just take a test drive on any one of the new Inch cigars and discover how good life could be.
But first let's discover why the name?
Our customers often ask us what does a ring gauge value mean and what is the significance of numbers like 6x42 really telling us? Well, we all know that a 6x42 cigar is 6 long, i.e. the first number indicates the length of the cigar in inches, but what is the meaning of the other number? The answer is that the cigar gauge, or thickness, measuring values come in fractions of an inch in the diameter of the cigar. Each point is 1/64 of an inch. That is, a cigar with 42 ring gauge (Macanudo Baron De Rothschild for instance) has a diameter of about 2/3 of an inch (42/64”). The cigar gauge is very important because the girth has a deep impact on the cigar qualities. Small girth (skinny) cigars simply do not have the room for all the different leaves that make for a complex blend, they also burn 'hotter'. Consequently, today's trend is towards thicker cigars up to 60 gauge and bigger. The New Inch by E.P. Carrillo starts at 1 ring gauge.
The new Inch was launched with three sizes: The Inch No. 60 (#60), the Inch No. 62 (number 62) and the Inch No 64. When the Carrillo family was looking for the proper name to the new line, Ernesto Perez-Carrillo was inspired to name this new line of cigars the INCH cigar after the No. 64, which measures 1 inch in diameter. The thickness of these smokes is highlighted by the cigar band, which modeled after an antique ruler.
The INCH Series comes in Natural (Ecuador Sumatra) and Maduro (Connecticut Broadleaf). The binder is from Nicaragua, and the filler is a mix of Dominican Piloto Cubano, Corojo and Criollo ’98 from has three leaves from the Dominican Republic with some Nicaraguan Viso. Due to the limited availability of the filler leaves in the blend, E.P. Carrillo will only be producing around 100,000-125,000 Inch cigars in 2012.
The E.P. Carrillo cigar company (named after Ernesto-Perez Carrillo, and also referred to as EP Carrillo (or EPC cigars) was created after Ernesto Perez Carrillo left General Cigar Corp a few years ago. Ernesto was well known as the founder of El Credito, the Miami cigar factory which became famous with the success of La Gloria Cubana cigars. In the 1990s, General Cigar acquired El Credito and Ernesto went to work for General Cigar as the head of La Gloria Division. Since his departure from General he joined his son, Ernesto Perez-Carrillo Jr. and daughter, in their Miami cigar company EPC and every new cigar they create keep getting better! The Inch cigar is a culmination of efforts over years of striving to produce the best, and I have to tell you, it really shows dramatic results. My own favorite is the No. 60 (inch number 60 cigar), but I love the inch #62 and the inch #64.
Reviews 2
Write Your Own Review
Questions
Ask a Question 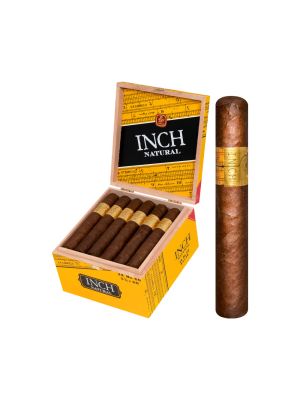 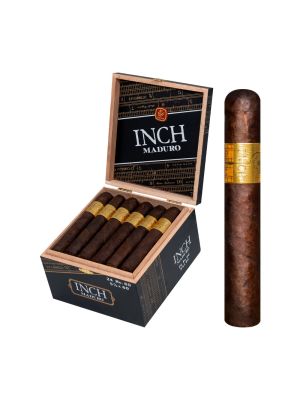 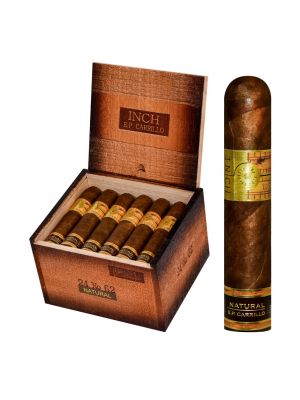 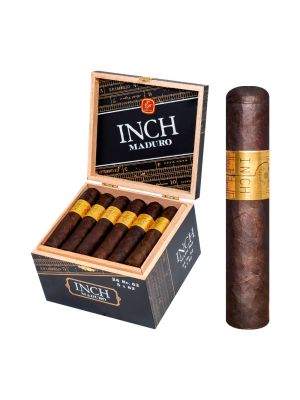 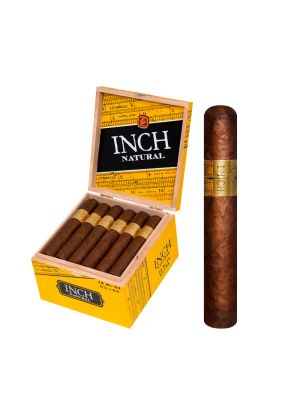 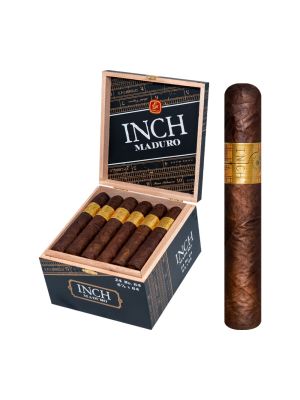 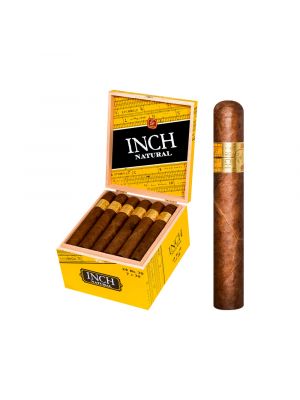 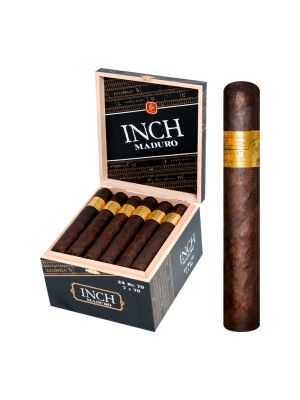 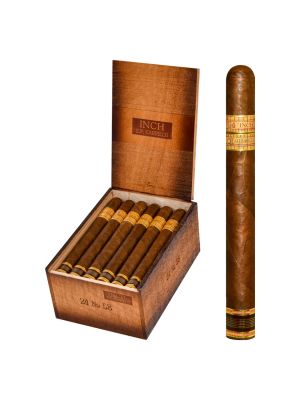