SKU#: VIFYCHP
Skip to the end of the images gallery
Skip to the beginning of the images gallery
SKU#: VIFYCHP
COUNTRY: DOMINICAN REPUBLIC
WRAPPER: ECUADOR HABANO
WRAPPER: ECUADOR HABANO
BINDER: INDONESIA
FILLER: DOMINICAN REPUBLIC, NICARAGUA
STRENGTH: MEDIUM TO FULL
COLOR: NATURAL
COLOR: NATURAL
LENGTH: 7
LENGTH: 7
RING SIZE: 48
RING SIZE: 48
SHAPE: CHURCHILL
SHAPE: CHURCHILL
Add to Wish List Add to Compare
Details
If at first you don’t succeed, try, try again.
Villiger proves the old adage true by revisiting their failed reboot of La Flor de Ynclan, and this time it’s a smash hit. In fact, it was named to the number 10 spot on Cigar Aficionados Cigar of The Year List for 2017, the very year it was released.Ever better, this collection comes packaged in a Humipack, preserving the smoke quality wherever you go!
To understand the cigar, let’s begin by learning how to pronounce it! The “Ynclan” in La Flor de Ynclan is pronounced Een-Clahn, and it means “To value family above all else”. After the failure of the 2007 Flor de Ynclan, Heinrich Villiger went back to the drawing board and partnered with José Matias Maragoto and spent 10 years perfecting an updated version of this Cuban classic cigar with roots in the early 1900s.
The time spent making this cigar was well worth it! The Villiger La Flor de Ynclan Cigar is made up of a blend of Nicaraguan and Dominican Long-Filler, wrapped in an Indonesian binder, and blanketed in a glorious Ecuadorian wrapper. Villigers new gem presents with orangey citrus notes coupled with chocolate and a sharp peppery smoke, complimented by a woodsy and leathery backnote.
Villiger La Flor de Ynclan was awarded an astounding 93-rating, and was named the #10 Cigar of 2017 by Cigar Aficionado.
Reviews
Write Your Own Review
Questions
Ask a Question 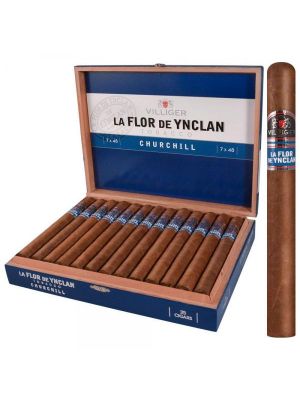 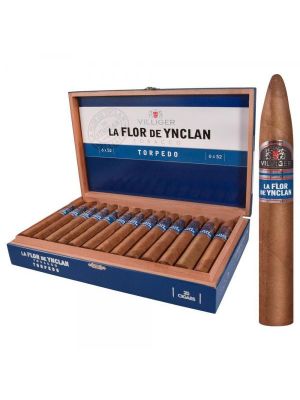 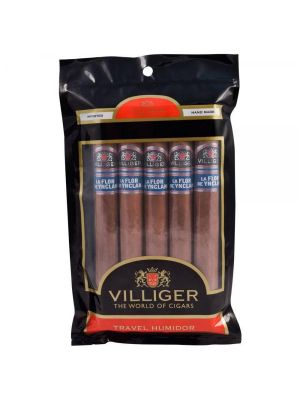 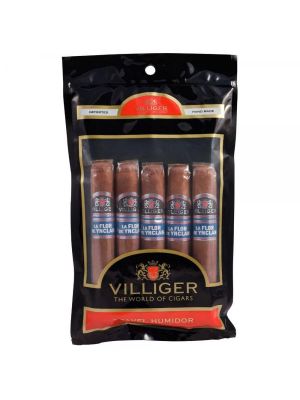