SKU#: DCRP7
Skip to the end of the images gallery
Skip to the beginning of the images gallery
SKU#: DCRP7
COUNTRY: DOMINICAN REPUBLIC
WRAPPER: CONNECTICUT
WRAPPER: CONNECTICUT
BINDER: DOMINICAN REPUBLIC
FILLER: DOMINICAN REPUBLIC
STRENGTH: MEDIUM
COLOR: NATURAL
COLOR: NATURAL
LENGTH: 6 3/4
LENGTH: 6 3/4
RING SIZE: 54
RING SIZE: 54
SHAPE: PYRAMID
SHAPE: PYRAMID
Add to Wish List Add to Compare
Details
Received an outstanding 91-rating from Cigar Aficionado magazine in the December 2016 issue
The Diamond Crown Series – The Crown fitted for a king.
In celebration of J.C. Newman Cigar Co.’s 100th anniversary in 1995, Stanford J. Newman joined Carlos Fuente, Sr. to develop an exceptional series of Super Premium cigars. To deliver the richest and most consistent but complex cigar known to the market. They knew that the idea of the Diamond Crown had to be a thick cigar. Something with mass and body. Letting the holder know that he/she was not just holding any ordinary cigar. A unique blend consisting of 6 to 7 individual tobaccos are the backbone of this heavy duty cigar.The Diamond Crown cigar is handmade by the Fuente Family with an exclusive Connecticut Fermented Wrapper (CFW) selected from the highest grade of silky, smooth, Connecticut Shade leaves. Unlike most of the common wrappers that are fermented once, Diamond Crown’s CFW wrapper is fermented twice to give it a light roasdo color which adds to Diamond Crown’s sweet, enticing, smooth and rich flavor.
Recognized the world over as some of the world’s finest cigars, Diamond Crown has made a name for themselves and look to continue this great tradition for more years to come. The jewel has definitely been placed in this king’s crown. So be sure your royal smoking den is without this masterpiece of a cigar. Your Knights of the Round Table and humidor will agree, it’s a crown fit for a king.
Reviews
Write Your Own Review
Questions
Ask a Question 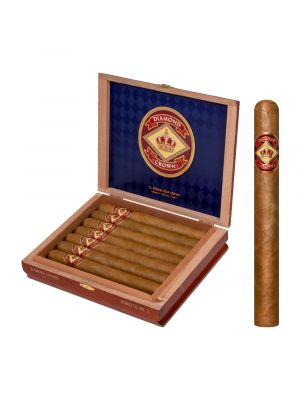 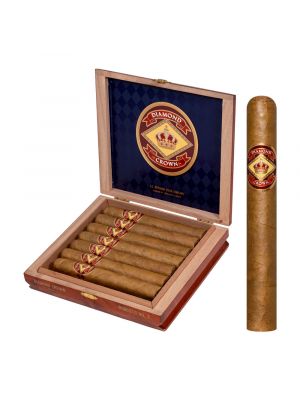 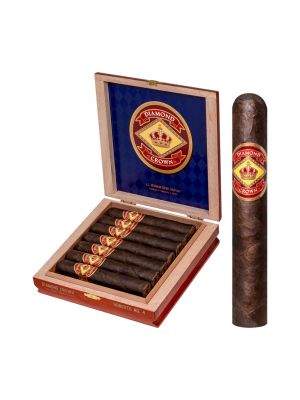 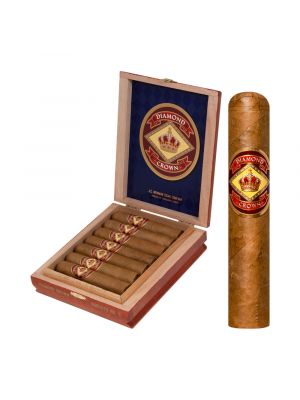 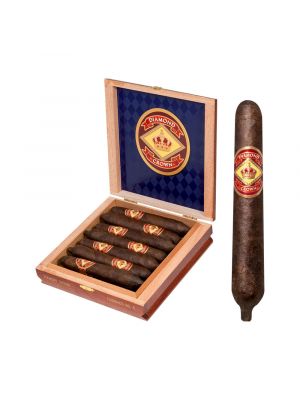 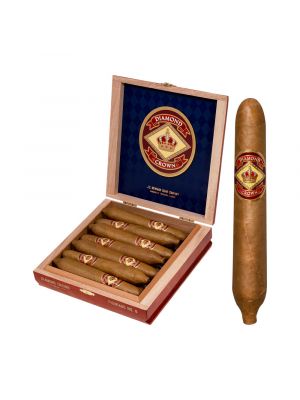 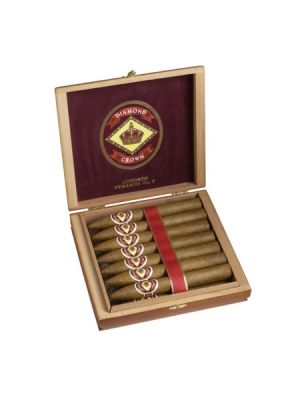 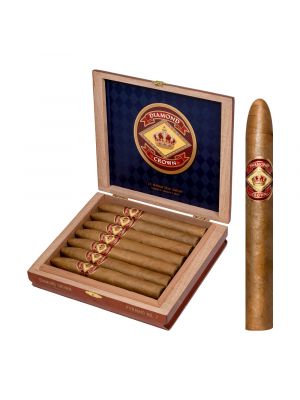 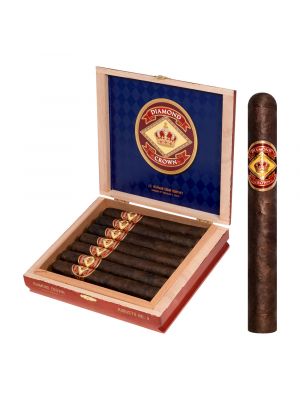 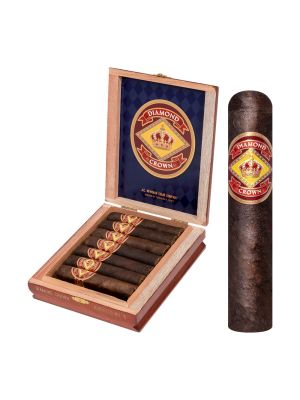