Best of the Best Cigar Sampler

Best of the Best Cigar Sampler

The cigars featured in this sampler are truly some of the best of the best. Right off the bat, you have Cigar of the Year, My Father Le Bijou, which was crowned at the beginning of this year. You have Rocky, Patel who has ascended in this industry to become a legend creating some of the most sought after cigars, not just in the US, but worldwide in direct competition with Cuban cigars! Not only are you getting one cigar of the year, but you’re getting a second one as well! Oliva Melanio V was also a previous winner of cigar of the year for it excellent blend and characteristics that make this cigar so phenomenal! Bringing this whole package together are two of General Cigar Co. SUPERSTARS which are Cohiba which takes it roots from Cuba and brings it over in amazing cigar to smoke right in the US. Also the BEST SELLING CIGAR IN AMERICA “Macanudo” bringing an elegant class of rich, smooth and mellow tobacco to entice the senses. Enjoy the Best of the Best with only the Best!

Cohiba Robusto (5 x 50) - The Cohiba cigar was developed by The General Cigar factory in the Dominican Republic. It is a remake of the famous Cuban cigar which Castro used to give to visiting dignitaries during the 70's. The Cohiba cigar, which was reformulated in the 1990s, is the only Cohiba cigar that can be purchased legally in the United States.

My Father Le Bijou 1922 Grand Robusto (5 5/8 x 55) - French for "the Jewel", Le Bijou is a rich, full-bodied release from Pepin Garcia and surely will not disappoint. My Father 1922 Le Bijou cigars are handmade in Nicaragua. Featuring an Ecuadorian-grown Habano Oscuro wrapper and a potent mix of Nicaraguan long-fillers, Le Bijou 1922 exudes a robust array of flavors delivered in a remarkably agreeable fashion. Three caps are applied to the head of this cigar in true Cuban fashion. Complex, rewarding and pleasurable - Pepin’s new gem. The cigars have an all-Nicaraguan long filler blend that has been patiently aged to perfection, bringing an exceedingly elegant smoke to the palate. Le Bijou lives up to its billing!

Oliva Serie V Melanio Robusto (5 x 52) - One look at the sharply pressed corners and carefully curved head and foot of the Oliva Serie V Melanio Figurado tells you this is no ordinary cigar. The Nicaraguan smoke represents the pinnacle of achievement for Oliva Cigar Co. The Oliva Cigar story began in the late 1800s, when Melanio Oliva started growing cigar tobacco in Cuba. His heirs carried on the family tradition in the fields, but it was his grandson Gilberto Oliva Sr. who began making cigars.

Rocky Patel Decade Toro (6 1/2 x 52) - Perfection takes time. For the Rocky Patel Decade, it’s the perfect blend 10 years in the making. The silky Decade showcases a gorgeous, dark Sumatra wrapper surrounding a secret blend featuring only the finest tobaccos in the world. The result is a rich and toasty medium- to full-body smoking experience. Complexity, balance and elegance earned the Rocky Patel Decade ratings of 91, 92, 93 and 95 points – an instant classic.

Partagas Naturales (5 1/2 x 50) - This is a medium-to-full in body and featuring a Cameroon wrapper, it greets you with a rich, deep caramelized taste with bright highlights that earns your admiration right away. There’s a toasty aroma which has a hint of spice and the cigar has a medium finish that is fluid and easy.

Reviews 3
Write Your Own Review
Questions
Ask a Question 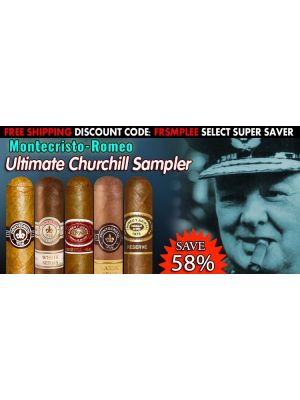 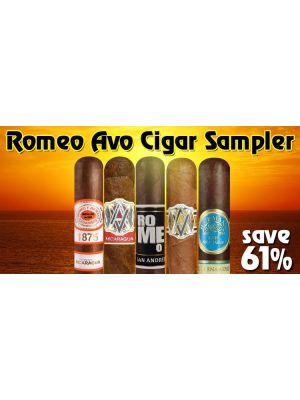 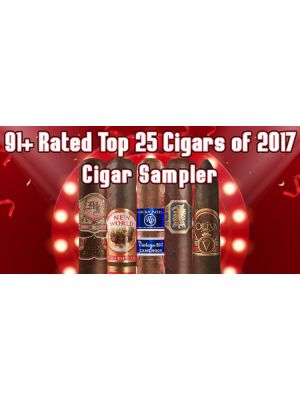