SKU#: DCJTO
Skip to the end of the images gallery
Skip to the beginning of the images gallery
SKU#: DCJTO
COUNTRY: DOMINICAN REPUBLIC
WRAPPER: ECUADOR
WRAPPER: ECUADOR
BINDER: DOMINICAN REPUBLIC
FILLER: DOMINICAN REPUBLIC
STRENGTH: MEDIUM
COLOR: NATURAL
COLOR: NATURAL
LENGTH: 6
LENGTH: 6
RING SIZE: 52
RING SIZE: 52
Add to Wish List Add to Compare
Details
The J.C. Newman Cigar Company was founded in 1895 and has been a family owned (and ruled) by his descendants ever since, utilizing some of the finest tobaccos the world has ever seen to create some of their masterpieces which remain a staple in an enormous and rich cigar making history. To honor their patriarch, they created the Diamond Crown Julius Caesar which uses a blend of five year aged leaves from around the Caribbean basin of Central America that have been bound in a Dominican leaf which itself contains one from Ecuador.
A marble bust illustration of Julius Caesar himself looks right back at you from the band, and you’ll have no trouble meeting his gaze with awe as you appraise the quality of construction. The chewy, rich, chocolate-brown leaf with aroma to match clips easily to reveal darker tobacco at the core of the vitola. The first third of the cigar wraps the tongue with biscuit and crisp white pepper, more smooth than spicy. Overarching flavors of cocoa and nuts enter once the sweet spot has been passed, supported on columns of mellow woodiness. The cigar remains easy to smoke to the end as all the prior flavors accumulate for a flawless finish.
This stick from Diamond Crown Julius Caesar certainly earns its keep. It wouldn’t be allowed in the pantheon of great cigars if it couldn’t hold its rank. Be sure that your smoking coliseum has the right pieces to complete your humidor of champions.

This is what Cigar Aficionado had to say about being Rated in the Best Cigar List 2014
It was 1895 when Hungarian émigré Julius C. Newman founded a cigar company in his family’s barn in Cleveland. Today his grandsons Eric and Bobby run what he began, making J.C. Newman one of the oldest cigar companies around. The family business moved long ago from Cleveland to Tampa, Florida, and J.C. Newman still makes its own machine-made cigars, but its handmade cigar brands are now all made offshore. The Diamond Crown Julius Caeser brand is made for the Newmans by their longtime partners the Fuentes, and the cigar brand is named after the founder of the company, a strong-willed man who took the middle name Caeser when he came to America and was told he needed a middle name. Credit: Cigar Aficionado Magazine
Reviews 1
Write Your Own Review
Questions
Ask a Question 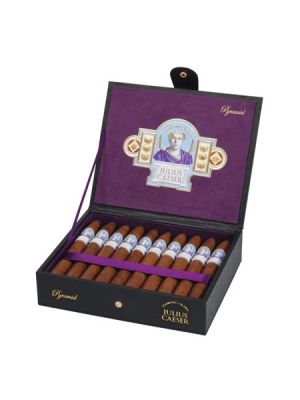 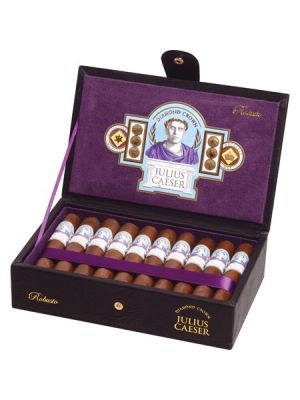 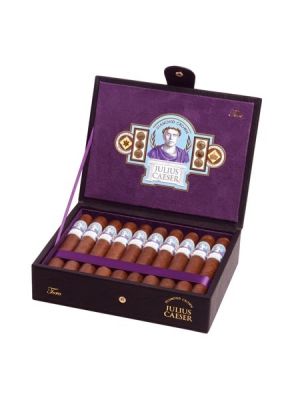 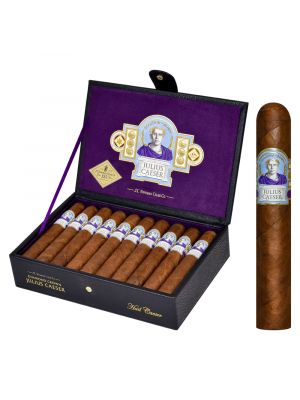