SKU#: RPVRS
Skip to the end of the images gallery
Skip to the beginning of the images gallery
SKU#: RPVRS
COUNTRY: HONDURAS
WRAPPER: HONDURAS
WRAPPER: HONDURAS
BINDER: MEXICO
FILLER: DOMINICAN REPUBLIC, NICARAGUA
STRENGTH: FULL
SHAPE: ROBUSTO
SHAPE: ROBUSTO
Add to Wish List Add to Compare
Details
Rocky Patel Vintage Robusto Sampler brings together three of Rocky’s most popular vintage cigars. Perfectly aged for 7, 10, and 12 years respectively , these cigars are part of the reason that Rocky Patel has become a household name.
Each vintage is unique, mild to medium bodied and a great way to experience the best that Rocky has to offer. This sampler includes:

(2) Rocky Patel 1990 Vintage Robusto Cigars
The Rocky Patel 1990 Vintage received an epic 92-rating from Cigar Aficionado in October 2004, and made it into the Cigars of The Year list in 2004 & 2006! As one would expect from a Rocky Patel release, this is a well-balanced smoke with an even burn and impeccable construction.
The 1990 Vintage is made up of a wonderfully aged 12-year-old Honduran Maduro wrapper, build around a blend of 8-year-old Nicaraguan and Dominican Ligero fillers. The result is a mild to medium bodied, smooth and balanced, cigar with wonderful notes of nuts and caramel. As any cigar aficionado will tell you that when Rocky blends a cigar, it tends to lean towards the sophisticated palate, and may not hot the right notes with the novice smoker.

(1) Rocky Patel 1992 Vintage Robusto Cigar
The Rocky Patel Vintage 1992 received an epic 92-rating from Cigar Aficionado magazine in the December 2012 issue! Rocky’s expertise in blending tobaccos from various regions requires a greater level of skill and knowledge, not found in other cigars. The result is an intense marriage of flavors that produces a great tasting cigar. Rocky’s process is very time-consuming, going through hundreds of blends before he settles on the perfect blend.
The Rocky Patel Vintage 1992 cigar is known to be Rocky Patel’s favorite cigar! Known for its rich body with a spicy tone the Vintage ’92 is made up of Ligero tobacco, which is the top part of the tobacco plant known for its thick and full-bodied leaves. Aged for eight to nine years, the Vintage 1992 Cigar is incredibly smooth, clean and elegant exhibiting some well-balanced character and flavor.

(1) Rocky Patel 1999 Vintage Connecticut Robusto Cigar
The Rocky Patel 1999 Vintage Connecticut Cigar is an iconic cigar that features the oldest TRUE Connecticut Shade Wrapper on the market. Many Aficionados tend to write off milder cigars, claiming that “It’s easy to make a mild cigar”, but Rocky Patel elevates the craft by infusing the Vintage ’99 with a lot of character, a lot of flavor, and a lot of complexity, that remains mild and smooth on the palate.
Building upon the success of his Vintage ’90 and ’92 Cigars, Rocky has continued to up the ante with the fabulous Vintage 1999 Cigar Line. Featuring some of greatest tobacco from the Dominican Republic and Central America the Rocky Patel 1999 Vintage is designed to please novices and aficionados alike.
Built around a 7-year aged Connecticut Tobaccos leaf, the Vintage ’99 features a blend of Dominican and Nicaraguan long-filler tobaccos that have been cured and aged for 7 years as well. The result is a spectacularly creamy smoke with notes of spice and wood that pairs wonderfully with a cup of java, a wonderful way to start or end your day.
Reviews 4
Write Your Own Review
Questions
Ask a Question 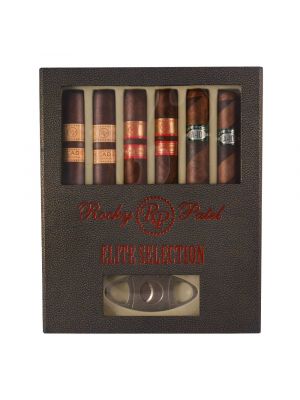 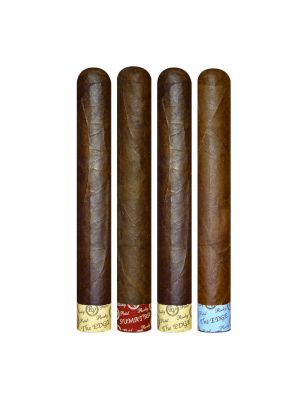 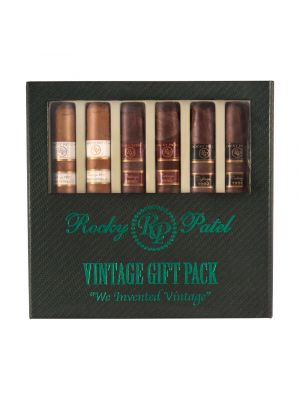